Welfare austerity is violation of rights 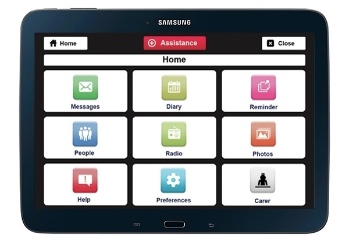 Telecare technology has developed considerably, providing a solution to the conundrum of maintaining independence without compromising security.

Welfare austerity is violation of rights

A highly critical report from the UN, based on an 11 day tour of the UK by two United Nations’ envoys, says that the rights of disabled people to live independently, to work, and achieve an adequate standard of living have been negatively affected by austerity measures.

The “welfare reforms” introduced by the government since 2010 in order to reduce public spending, have had a disproportionate effect which amounts to “systematic violations” of the rights of people with disabilities.

The measures concerned include:

The UN report says that the rights of disabled people to independence, employment and an adequate standard of living have been negatively affected by austerity measures.

The eleven recommendations it contains include a call for the government to carry out a study of the cumulative impact of all spending cuts on disabled people – something that disability campaigners in Britain have been demanding since the welfare reforms began. The report also calls for an undertaking to uphold the human rights of disabled people.

Campaigners against austerity have welcomed the report

Linda Burnip, a founder of Disabled People Against Cuts (DPAC) and one of the main instigators of the UN investigation, said it…

“came as no surprise to anyone who has followed the stripping away of disabled people’s rights over the last six years.”

Perhaps unsurprisingly, the government response has been a rejection of the findings of the UN report, which it says is not an accurate picture of life in Britain for disabled people.

“While the government continues to improve and build on the support available to disabled people, it stands by and is proud of its record.”

The report found that ministers pushed through a programme of welfare and social care reforms, even though they knew there would be an adverse impact on disabled people. Cuts to disability benefits and the closure of the Independent Living Fund pushed many disabled people into having to rely on family and friends for support, and some were even forced into residential care.

Measures such as the bedroom tax, or spare room subsidy, have had a disproportionate effect on disabled people, leading to an increase in indebtedness and eviction.

“Evidence indicates that persons with disabilities affected by cuts in their housing benefits have undergone high levels of stress anxiety and depression as a consequence of the shortfalls in their budget.”

“Functional assessments” rather than medical history

Strong criticism is meted out for the way in which disabled benefit applicants are assessed. The principle of applying “functional assessments” – i.e. looking at what an applicant seems able to do on the day, rather than taking note of their medical history and input from health professionals who have been caring for them.

As well as leading to a very high level of decisions overturned on appeal, this has made disabled people feel that the system simply processes them, rather than listening to them and understanding their situation.

The government attempt to get more disabled people into work has not achieved much success, despite the imposition of deeply flawed “fit for work” tests.

Disabled people demonised in the media

The UN report found that there was a climate of hostility towards disabled people, with media portrayals suggesting that they were lazy and a burden on taxpayers. This perception has led to them experiencing an increase in verbal abuse and aggressive behaviour.

“There is reliable evidence that the threshold of grave or systematic violations of the rights of persons with disabilities has been met.”

Disability rights campaigners first made a formal complaint to the UN in 2012, alleging violations of human rights.

It took two years before the UN committee on the rights of persons with disabilities decided to let the investigation go ahead, in May 2014.

Based on an 11-day inquiry tour, undertaken by two UN envoys, in October 2015, the report was founded on evidence from more than 200 individuals, including officials and MPs, as well as activists and academics.

The UK has been a signatory to the UN convention on the rights of people with disabilities since 2007.

Cash Not Care: the planned demolition of the UK welfare state

Shortly before the UN delivered its damning verdict on the UK government’s austerity policies, a book was published by Mo Stewart, based on six years’ research, showing how government has taken a systematic approach to unravelling the safety net of support that chronically sick and disabled people depend on. You can read more about “Cash Not Care: the planned demolition of the UK welfare state” here.

Co-founder of DPAC, Debbie Jolly, worked tirelessly alongside Linda Burnip, protesting against austerity cuts, and demanding that the government be held to account for the impact of welfare reforms on the lives of disabled people.

Sadly, she died in hospital just a few days after publication of the UN report she had been instrumental in securing. She was just 48 years old.

She will have the last word here:

“An independent review is long overdue, the deaths of David Clapson, Mark Wood and countless others were because of the increasing and punitive use of sanctions.
“An inquiry won’t bring them or the documented 10,600 people who died within six weeks of the work assessments back, but the DWP must accept responsibility for what is literally corporate manslaughter through their actions.
“We need the full figures of these crimes to be made public, the full numbers of deaths through these actions and the publication of the 49-60 internal reviews. Any independent review must not gloss over these facts. Sanctions cause starvation and death.
“That is unacceptable anywhere, let alone in the seventh-richest country in the world. It’s not just about looking at sanctions, but scrapping them and bringing those responsible to account through the law courts.”

Read about the parliamentary inquiry into benefit sanctions here

One Reply to “Welfare austerity is violation of rights”

My friend had epilepsy, for 3 years she was having over 15 absences a day and up to 3 tonic Clonic seizures a day. Unable to work because of the amount of absences and seizures she relied heavily on her mother and 8 year old daughter to help her live as independently as possible. Even though she reliant on other people to ensure she was safe when outside and at home it was decided by the DWP that she would not be eligible for a higher rate pip. When she asked her GP to write her a letter to present to the DWP the severity of her condition the GP refused, she was advised “we don’t write letters”. Countless times she asked for help from the epilepsy nurse and doctors but was written off with prescriptions instead of scans to investigate what was happening to her brain. She was also asked to get her 8 year old daughter to film her having seizures by clinicians but she didn’t want to put her daughter through that as it was traumatic enough for an 8 year old to have to take care of her mother during and after a seizure. My friend was suicidal, she told her mother “there is something wrong with my brain”, she spoke to a doctor on the phone who once again prescribed her a medication instead of seeing her and putting her forward for any scans. My friends mother and I wrote a letter documenting what life was like for Kirsty, asking for help for Kirsty, these letters were sent to the epilepsy nurse and her GP and her local CAB. 3 days later Kirsty was airlifted to hospital, just a pulse left, her respiratory system had shut down as the brain tried to preserve itself, countless efforts were made to save her by her neighbour and the first responder. She was put on life support but was found to be brain dead, “we are sorry, it’s a bleed on the brain, there is little hope” they told her distraught mother. We believe Kirsty was a victim of medical neglect (1 scan in 3 years of multiple seizures that medication didn’t control and neglect by the DWP to help Kirsty maximise her income so she could pay for things like telecare and carers). Kirsty’s funeral is on 25th May 2021. She leaves behind her 8 year old daughter, her mother, siblings, nieces, nephews, friends, all heartbroken and questioning if we could have done more.

Leave a Comment or Ask a Question: Cancel reply

You are providing your name and email address to Independent Living, so that we can communicate with you, if necessary, about your comment. Your privacy is very important, so please note that we won’t contact you for any other purpose, and your details will not be shared with any third party.

This site uses Akismet to reduce spam. Learn how your comment data is processed.

Send us your enquiry

Use this form to send an email about Welfare austerity is violation of rights to Independent Living. Your contact details will be held securely, so that we can reply to you and deal with your query.